The Council: An homage to transparency, nothing more

If you follow the Twitter accounts of the Brussels press corps, you’ll have heard little else from harried hacks last week as they got their first look around the new Europa building or “Space Egg” of the European Council. The €325 million new headquarters designed by Belgian architect Philippe Samyn, gained its nickname due to its appearance. A central illuminated sphere surrounded by reclaimed oak from every single EU Member State in a criss-cross pattern makes grand allusions to transparency. But the building is transparent only in architecture.

The Council remains the least transparent of EU institutions. Be it the refugee crisis, Greek bailouts or Brexit talks, we know little of who says what on behalf of which government. We’ve found time and time again that the Council is a black hole in EU decision-making and lags way behind the other institutions on transparency, accountability and openness.

Until the final vote, when all deals are done, you cannot see which governments are promoting or blocking which issues. There are  few public meetings and no voting records. This is the opposite of what is happening at the same level in the European Parliament, where all meetings are web streamed and all voting in committee and plenary sessions are recorded electronically. 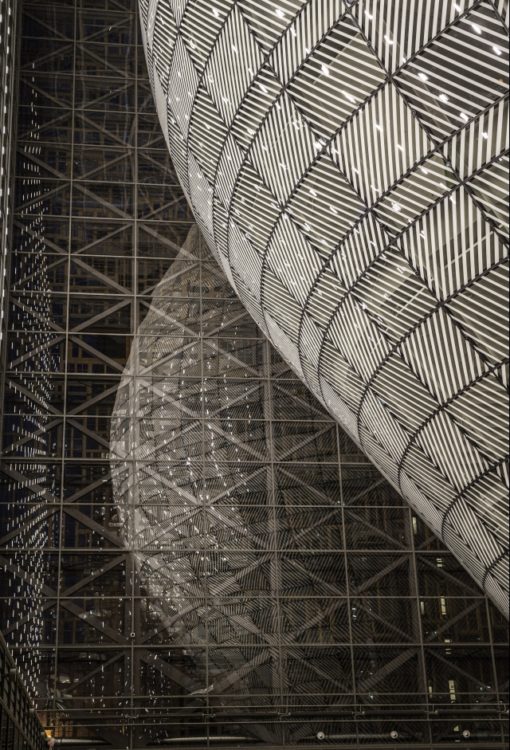 For citizens it’s still impossible to know what their governments are doing on their behalf when meeting in Council. In fact, the Council has repeatedly lost in court when challenged on publishing Member States’ positions. Now they often don’t record country positions and don’t disclose documents. This is at odds with the sentiments of last year’s Bratislava summit declaration where European leaders highlighted the need to “improve the communication with each other – among Member States, with EU institutions –  but most importantly with our citizens.”

Two weeks ago Commission President Juncker launched the “Future of Europe” White Paper, detailing plans on how the EU will develop on the coming years, but with a glaring omission. The White Paper says virtually nothing on transparency and accountability of the Council. This is simply not good enough.

Today the European Ombudsman, Emily O’Reilly has launched an own initiative report into transparency in the Council, stating: “In the current political climate, it is vital to ensure clarity for EU citizens on the shaping of EU laws. This would help to clear up some popular misunderstandings about who exactly develops and agrees new laws, and separate out in the public mind the responsibility of ‘Brussels’ from the responsibility of the Member States. This would also help the Council to further its clear commitment to transparency.” We couldn’t agree more.

It’s time to design transparency into the decision-making process and not just the architecture of a building. So long as the Council remains closed to scrutiny the new “Space Egg” will be little more than an homage to transparency.