Photo by Chuttersnap via Unsplash

Currently, one of the hottest and most politicised files debated in the EU bubble is on tax transparency. Tax scandal after scandal, the numerous leaks by investigative journalists and the ever-growing calls by civil society and European citizens have finally prompted the European Commission to act. Last year they published a legislative proposal which will increase transparency requirements around multinationals’ financial information with the aim of ending the secrecy surrounding their activities, whereabouts, structures and tax payments. This proposal, published in April 2016, has been the most concrete and tangible reaction by the European Commission to the Luxleaks scandal.

Fast forward to over one year later. Despite the urgency of the issue, the Commission’s proposal has generated a heated debate among EU institutions and Member States. The European Commission’s proposal requires very large European and non-European companies with substantial operations in the EU – those with an annual turnover of minimum 750 million euros – to publicly report on a country-by-country basis on where they generate their profits, and where they pay their taxes. However, this obligation is limited to their operations in EU Member States and in a group of tax havens to be determined by EU governments. For the rest of the world companies would only be required to publish global figures, lumping together their data from all countries.

This will make it impossible for those wanting to scrutinise that information – be it citizens, journalists or policy makers – to have the full picture on multinational companies’ activities and payments, effectively contradicting the whole purpose of the legislation we are aiming for. Citizens of most countries, in particular the poorest ones, will not have access to any information regarding what European companies are doing in their tax jurisdiction. Multinationals will still be able to engage in aggressive tax planning practices behind the usual veil of secrecy, shifting their profits to jurisdictions not covered by the reporting requirements.

During the last six months the European Parliament has been working on this file in an attempt to improve the Commission’s text. The Co-Rapporteurs from the Economic and the Legal Affairs Committees published a draft report, which included all of Transparency International EU’s key demands – from extending the geographical scope, to lowering the threshold for companies, from increasing the list of reporting items, to including a requirement for publication in a central repository in open data format.

However, the liberal and various conservative political groups have submitted amendments that would completely change the final result in the European Parliament. These groups are pushing to include all sorts of exemptions and opt-out systems for companies. In particular, they insist on maintaining a blanket exemption that would allow companies to avoid disclosing the required information if it is “seriously prejudicial to the commercial position of the undertaking”.

The two Committees in charge of the file will vote on the text next Tuesday 30th May. One week before the vote the result is still highly unpredictable and negotiations will go on until the day before the vote. 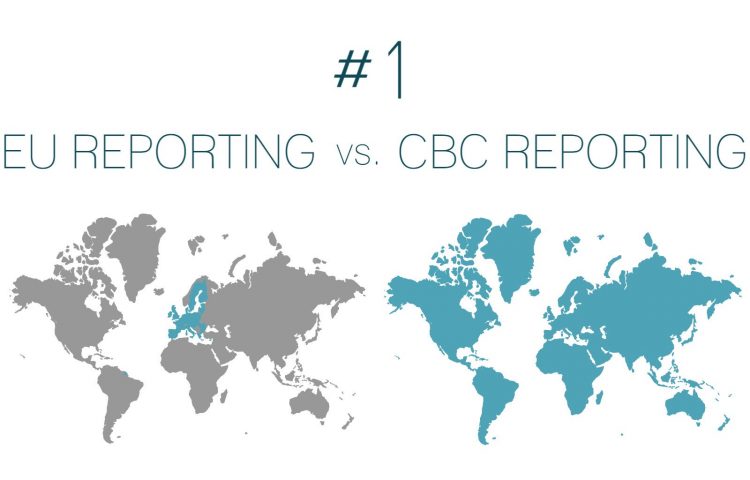 The Commission’s proposal for public CBCR vs real CBCR

What is bizarre is why this is still an issue. During the last two years the European Parliament has set up special and inquiry committees dealing with tax issues (TAXE I and II as well as PANA). The Parliament’s interest and expertise on these topics has grown significantly. One would expect that after all this work, Members would also be able to take bold steps when it comes to having concrete impact on mandatory legislation. Legislation which could help shed light on the causes and consequences of corporate tax avoidance, raise red flags on corruption risks and potential cases of collusion, as well as give the public and policy makers the opportunity to identify the necessary reforms to combat tax avoidance and aggressive tax planning.

The European Parliament – and all political groups – have one more week to prove that its commitment to transparency is real beyond rhetoric words and despite big companies’ interests. In any case, the strong appetite for transparency in Europe is not going to stop until real public country-by-country reporting becomes a reality.

The work of investigative journalists and leaks on tax scandals will not stop. Our research has shown that multinationals may be better off being transparent and publishing their financial information than keeping it in the dark. When it comes to reputation, multinationals have been much more damaged by the current system of opacity through scandals alone than by the much-needed transparency we are advocating for.