Information discovered online (1, 2. – screenshots below) by Transparency International EU shows that the newly appointed Secretary-General of the European Parliament and former Head of Cabinet to President Metsola, Mr. Chiocchetti, had at least two meetings with the Qatari authorities earlier this year. TI EU and the Good Lobby have already called for his appointment to be rescinded after a backroom deal was made.

Below is our response. The Good Lobby, with whom we’re collaborating on this issue, has also issued a statement.

“The evidence uncovered by Transparency International EU today suggests that Mr. Chiocchetti met with the Qatari authorities on at least two occasions earlier this year. We also know that Ms. Kaili broke from the Socialist group line to vote for his appointment in a sordid backroom deal between political groups concluded over the summer.

Transparency International EU wrote to the Parliament’s ruling body, the Bureau, on two occassions this year: first to ask them not to go ahead with the appointment, and then, together with The Good Lobby, to ask them to rescind it. The response was a dismissive letter from President Metsola.

In the light of the current corruption scandal, the information identified today means that the appointment must be reversed immediately, as a precautionary measure, and as previously called for by Transparency International EU and The Good Lobby, and, as part of their ongoing investigation, the authorities must consider whether there has been foul play in the Bureau’s decision. 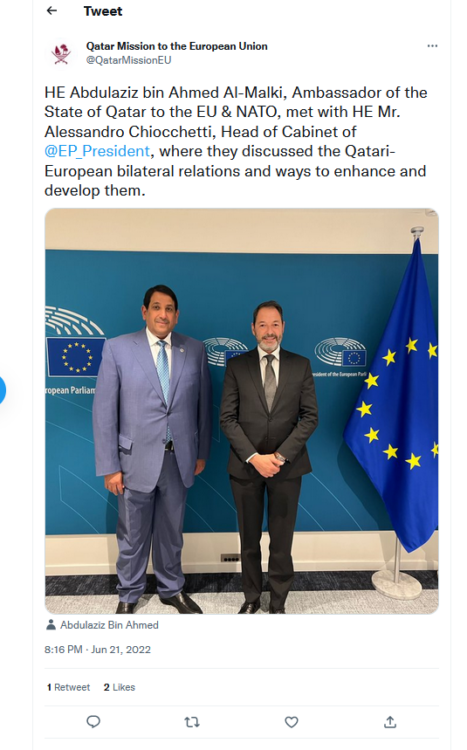 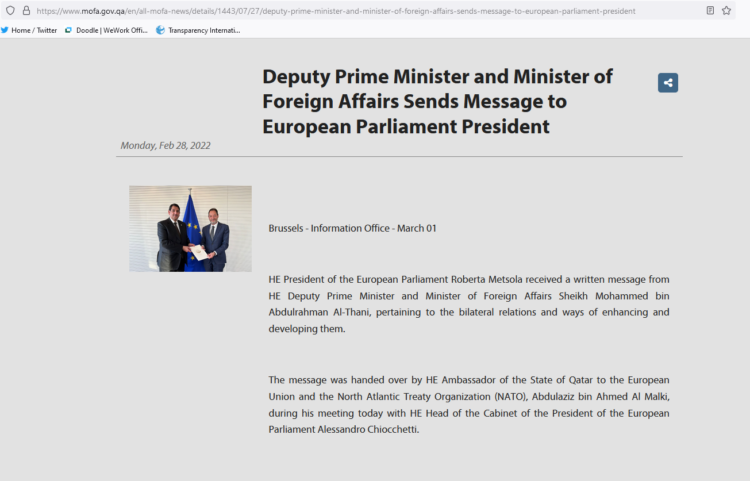