Photo by Brad Helmink via Unsplash

At the 2017 OECD Integrity Forum in Paris we discussed the efforts of climate financing funds in combatting corruption with experts from the Green Climate Fund, the Global Environmental Facility, the European Investment Bank and the government of Argentina. This article is a summary of some of the key points made in the meeting.

Last November amid the burgundy red buildings and blues skies of Marrakech countries from all over the globe came together for the annual Conference of Parties (COP) meeting on climate change. One of the agreements to come out of the COP 22 was to scale up financial contributions towards the $100 billion by 2020 of climate financing target.

Climate financing is based on the fundamental principle that not only is climate change happening but we need to find ways to prevent, reduce and mitigate the effects of the changes happening to our planet. Since the Kyoto Protocol was signed back in 1997 the world has acknowledged that while we need to decarbonise and reduce emissions, enough damage has been done already to ensure that the world is and will face devastating effects from climate change.

That’s why it’s vital to help countries, particularly in the developing world, deal with these effects, and that’s where climate financing comes in. But the countries most affected by countries tend to be the ones that score the least on indices such as Transparency International’s Corruption Perceptions Index. It’s vital that we ensure that the money meant to help poorer countries stave off the effects of climate change cannot be lost to the cruelty of corruption.

With up to $100bn out there across various different climate and investment funds there’s potential for misuse. Any sum of money is a potential target for corruption. Trillions of dollars will be needed over the coming years to protect our planet, significant amounts of which will be public money.

2016 was the warmest year on record. With global warming occurring so rapidly we need to achieve impact with this money and soon. Barriers to achieving this impact must be removed. That’s why integrity is so vital. Corruption is a barrier to the impact we need to create around climate change.

At Transparency International we have been working hard to ensure that these climate funds have enough safe guards in terms of integrity and transparency to both prevent the loss of vital resources to corruption and detect corruption if and when it may occur. Over the past few years we’ve been publishing in-depth studies into integrity of these funds to ensure just this.

But how do these bodies actually protect themselves against the potential corruption which seeks to take advantage of these much needed funds? There are several key elements to integrity that these funds need to prevent, detect and deter cases of corruption.

There needs to be transparency in these funds to ensure that money is being allocated properly from the decision makers to the recipients of financing. Who receives money and why? Civil society and the public need to be able to look at where these funds are going.

While the funds have good policies on paper, the question is how they are being implemented, are they are reaching out to their clients and are they making clients know how they can report and protect themselves from reprisals? Only with transparency through the entire process can we insure against corruption.

The longer the chain of accountability gets, and it can be very long, then the chain can become murky. That’s why climate funds need to ensure they have strong due diligence checks around which partners are involved in receiving project financing. Strong and publically available codes of conduct, procurement and accreditation policies are vital to building integrity on to the fabric of how these funds are managed. The legitimacy of climate financing will always be strengthened through transparent and participatory frameworks, whereby everyone involved in the process is consulted.

Whistleblowers are vital to uncovering cases of corruption, that’s why it’s essential that people who uncover suspected cases of corruption feel safe and protected in coming forward. Take the European Investment Bank (EIB) for example, in 2016 there were 120 reports on the fraud denouncing system, more than half of which were reported by the EIB staff themselves. In the EIB the staff have a duty to report errors and suspected cases of fraud where they may encounter it, while at the same time they are protected through anonymity and confidentiality.

The Green Climate Fund (GCF) also has anonymous reporting and the staff have a duty to report, but they are now developing a reporting facility for the beneficiaries of climate finance funded projects. In a lot of developing countries SMS messaging is an accessible and effective form of mass communications. So the GCF aims to roll out a multi-lingual SMS texting and social media so that the public in countries where climate finance funded projects are run have a tool to report potential cases of corruption.

The Adaptation Fund is encouraging stakeholders to comment and provide input on project proposals which are published on its website and open for public comment. This enables greater participation for the those involved in projects financed by the Fund.

It’s vital that these funds work in coordination and that their efforts are complimentary to one another. Just as we only have one planet, where all ecosystems are connected, we have to ensure that efforts to combat climate change are not duplicated, nor work against each other. That’s why transparency, experience and best practice sharing are key to these funds working together. With transparency, integrity and accountability these funds can help us in the fight against climate change. 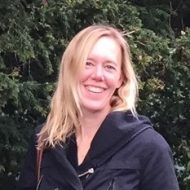