Photo by Breather via Unsplash

Transparency International EU (TI EU) is pleased to announce the addition of two new independent Executive Board members at its General Assembly meeting on 6 June 2017. The Brussels arm of the global anti-corruption NGO welcomes Iverna McGowan, Head of European Institutions at Amnesty International, and Geneviève Pons, Director of the WWF European Policy Office, to its main executive body. Executive Board members are elected for a three-year term.

“We are delighted to welcome Iverna and Geneviève to the TI EU family and are very lucky to have their wisdom and experience”, said Dr Robin Hodess, Acting TI Managing Director and President of the TI EU Executive Board. “Their participation on the Board will further strengthen the governance of the organisation and deepen our long-standing relationship with the environmental and human rights movements. This relationship will be particularly important in the face of the shrinking space for civil society and the challenges of implementing the UN’s Sustainable Development Goals in Europe,” concluded Hodess.

Iverna McGowan: “I feel very honored to have been accepted as an Executive Board member for Transparency International. I strongly believe, especially in these challenging times in Europe where checks and balances risk going out of fashion, that the organisation has a crucial role to play in ensuring integrity, transparency and accountability in all EU policies and legislation”.

Geneviève Pons: “I am delighted to have the opportunity to get more closely involved with the work of Transparency International. We know that corruption is a critical factor undermining environmental and natural resource management and the communities depending on them for their livelihood. Good environmental governance can only be strengthened through our closer collaboration.”

Iverna McGowan is the Head of Amnesty International (AI) European Institutions office and sits on the organisation’s Regional Oversight Group for Europe and Central Asia. She is the organisation’s primary representative towards the EU and the Council of Europe as well as its chief media spokesperson on human rights matters relating to those institutions. Iverna has been with AI since 2012, before her current role she was Director of Programmes. Iverna has also worked as a legal researcher for the United Nations Committee on ending all forms of Discrimination against Women (CEDAW), as a human rights desk officer with the Irish Department of Foreign Affairs and Trade’s graduate programme and a consultant on research ethics in relation to healthcare. 10 years ago she left a managerial position in the private sector to pursue a career in human rights.  She holds an LL.M from the European Law School of the University of Maastricht, a B.A. in European Studies from Trinity College Dublin.

Geneviève Pons took over as Director of WWF’s European Policy Office in July 2015. She is an honorary Director of the European Commission, having served 22 years at this institution. She started at the Commission as a member of the environment team in the legal service. She was in charge of environment and climate matters in Jacques Delors’ Cabinet during his last two mandates as President of the Commission. There, she played an important part in the design of the first sustainable development agenda for Europe. In 1995 she moved to the Commission’s Industry department where she held several management positions. She took part in the Commission’s Impact Assessment board (2008-2010) and joined the Better Regulation directorate of the Secretariat-General (2010). She was appointed Director of the Legal Service of the International Labour Organisation (ILO) in 2013. She holds a law degree from the Sorbonne, a diploma from Sciences-Po in Paris and is a graduate of the Ecole Nationale d’Administration (ENA). 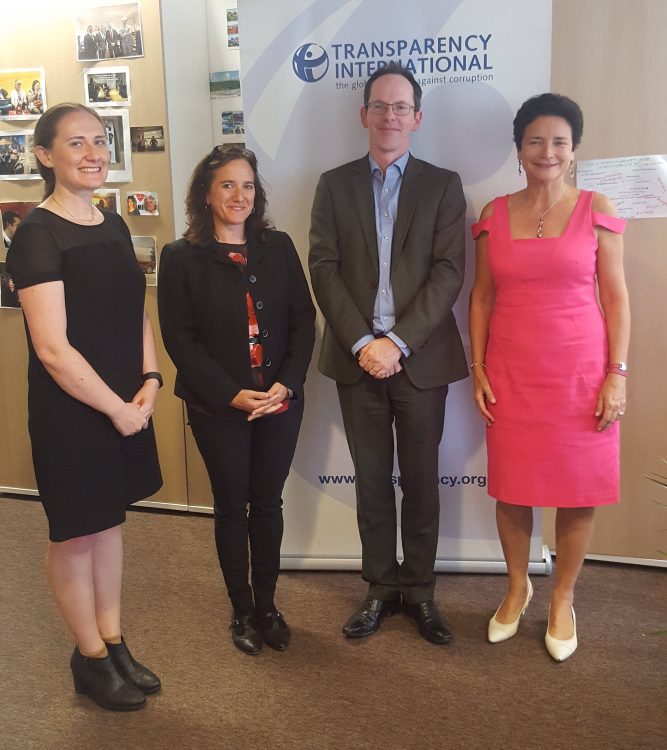 Our new strategy “Empowered Citizens, an Accountable Europe” will guide our work in the next four years. This document provides a framework for sustained growth, clarity of focus and greater impact.