Transparency International EU, the Brussels office of the global movement against corruption, has welcomed the EU Ambassadors’ endorsement of Ms. Laura Kösevi as Chief European Public Prosecutor. Kövesi is the former head of Romania’s national anti-corruption directorate. She was the European Parliament’s preferred candidate for the role.

“The creation of the European Public Prosecutor’s Office was long overdue. The endorsement of Ms. Kösevi represents a victory for decency and common sense and bodes well for the functioning of the new office” said Michiel van Hulten, Director of Transparency International EU and a former Member of the European Parliament’s budgetary control committee. “Crimes against the EU budget such as fraud and corruption can only be tackled effectively at EU level.”, he continued.

All but six EU Member States have signed up to the EPPO under the EU’s reinforced cooperation procedure. The six which have not are Denmark, Hungary, Ireland, Poland, Sweden and the UK. Until all Members States sign up, EU funds will remain vulnerable to corruption.

“The EPPO should be able to investigate cases across the EU and there should be no areas of impunity, so we call on remaining Member States to sign up as well, to protect EU citizens and the EU budget across the Union” said Van Hulten.

As currently constituted, the EPPO’s role will be to investigate and subsequently prosecute crimes against the EU budget and serious VAT fraud. Transparency International EU believes its competencies should be expanded to include all formers of cross-border corruption. Issues around its structure and independence should also be clarified. 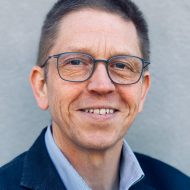