In 2014, we published the Transparency International EU integrity system study, providing a baseline assessment of the accountability, transparency and integrity mechanisms at 10 EU institutions. We have seen many reforms since. One year into the 2019-2024 legislative cycle, it is time for an update, zooming in on the three main EU institutions.

The studies centre on current transparency and integrity measures in place in the European Parliament, Commission and the Council of the EU. They focus on many aspects, including mitigating conflicts of interest, legislative transparency and ethics. The studies also suggest reforms to improve the status-quo, such as the establishment of an EU independent ethics body. 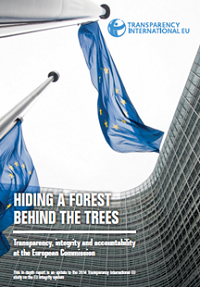 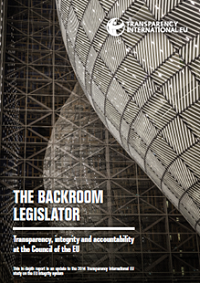 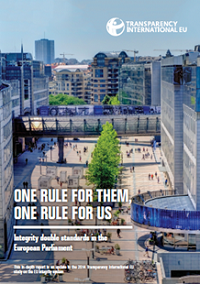 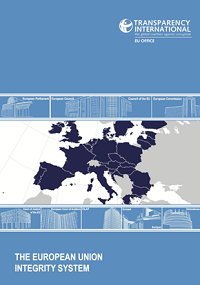 In 2013 and 2014, Transparency International EU conducted a study of the EU’s integrity system. This project looks at corruption risks in 10 EU institutions, examining the rules and practices designed to prevent corruption occurring internally in these institutions, as well as how each institution is fostering public sector integrity, and also contributing to the wider fight against corruption in Europe. In April 2014, the first EU Integrity System Report was published.

Over the years, Transparency International has conducted many studies in European states on how their legal and political systems address corruption risks and integrity gaps. However, while these studies revealed much about potential risks in individual states, they only hinted at such possible weak points for the European Union institutions.

See our studies on the accountability of the EU economic governance institutions here.

Transparent and accountable institutions, with strong integrity policies to prevent conflicts of interest, are the very foundation of a political system that serves citizens. Transparency International has developed the national integrity system...