The authors of the EU’s founding treaty were determined to “eliminate the barriers which divide Europe”. Over 60 years later, corruption remains one of the main barriers to realising the original vision of a Union built on the rule of law, democratic cooperation and social justice. Corruption is a barrier to increased investment and prosperity, to fair competition, to innovation, to sustainable development, to improved security, and to greater trust in institutions. Perhaps most importantly, it also fuels the growing inequality that is one of the biggest barriers that divide the people of Europe today.

The EU has a long history of promoting good governance, the rule of law and anti-corruption reform, notably as part of its enlargement to the south and east. The reforms carried out as a condition of membership have undoubtedly helped to reduce corruption and improved the lot of hundreds of millions of citizens who are most vulnerable. These reforms have also inspired similar initiatives across the Union, as no Member State has remained untouched by serious and high-level corruption scandals. But these gains are fragile and reversible. They need constant attention and renewal.

That is why Transparency International has agreed an ambitious agenda for the next five years that would protect the rule of law in the EU and those who wish to defend it ; that would prevent corrupt individuals benefiting from the freedoms enjoyed by law-abiding EU citizens; and that would make the EU institutions an example to others of how to legislate with integrity and transparency.

Our agenda is ambitious, yet constructive and achievable. As part of a wider programme of reform they would show how the European Union is, first and foremost, a means to protect the fundamental rights of its citizens and remove the barriers that frustrate their potential.

These suggestions for improvement are born of 25 years’ experience in the fight against corruption, and a deep and abiding commitment to our mission. We affirm that tackling corruption is inseparable from the protection of the most vulnerable people in our society and is strongly connected to the defence of human rights. It is cornerstone to achieving the transition to a more sustainable society and is central to the rule of law and democratic institutions.

Please join us in renewing the EU’s values and ensuring that integrity is at the core of its mission.

In recent years there has been a steady and worrying erosion of the rule of law in the EU. We have seen the independence of the judiciary threatened and statesponsored measures aimed at intimidating civil society. Most shockingly, two brave journalists were assassinated for investigating corruption. The European Commission needs to take immediate and decisive steps to restore the rule of law among its own Member States and ensure the Union’s principles and values are being upheld.

First, the Commission must establish a regular rule of law monitoring system that would include risk assessments for all member states based on indicators such as the levels of systematic corruption, independent judiciary, free media and freedom of association. Second, the Commission must be granted greater powers to ensure EU funds can be suspended when Member States do not fulfil their rule of law obligations.

And thirdly, The EU should help to protect human rights and rule of law defenders and journalists in EU Member States by putting in place strong whistleblower protection legislation and providing funds for CSOs and media to promote democratic values (for example through a European Values Instrument).

Specific actions would include:

The recently adopted 5th AML Directive was a major step towards making the EU more robust against money laundering. When you close one route, criminals and the corrupt look for another one to take. The sale of citizenship and residence – better known as golden visa programmes – has become a thriving business in the EU. However, we found that it has also become an easy way into the EU for the corrupt and their dirty money.

Acknowledging the EU-wide implications of such business, we ask for the EU to take action, assess the risks and set minimum enhanced due diligence and operational integrity standards for European golden visa programmes. To prevent corrupt individuals and their money entering the EU, we also call for the adoption of a Global Magnitsky Act type of legislation at EU level that would ban human-rights abusers and corrupt officials worldwide from entering the EU and allow freezing their assets located in the EU.

Specific actions would include:

Over the past years we have seen issues with the lack of independent ethics oversight. Revolving door cases in the Commission are overseen by the sitting Commissioners. Ethics issues with outside jobs by MEPs are policed by MEPs. Therefore we ask for an independent and well-resourced EU ethics body to oversee conflicts of interest, revolving doors and lobby transparency for all EU institutions. The EU’s Anti-Fraud Agency (OLAF) could be empowered to carry out this function. Such a body would:

In the interests of the accessibility and transparency of EU law-making, we ask the Council of the European Union to ensure that the positions of Member States when negotiating EU legislation are recorded and published.

The Spitzenkandidaten who have supported the four main policy areas above are:

*The candidate is pledging to work towards the objectives and to implement them in full compliance with the legal framework of the European Union, including the division of powers between the institutions.

Pledge for other European Parliament Candidates

Transparency International calls on Candidates in the European Elections to pledge the following:

If you are a Candidate for the 2019 European Elections and want to support 'Stand up for Integrity', please click here and fill in the form.

Please find below who has already signed 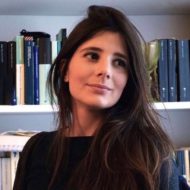