Photo by Austin Ban via Unsplash

End corruption for a sustainable future

Things were a little different back in the year 2000. Having survived the non-existent technological apocalypse which Y2K was supposed to bring about and the dreadful hairstyles of the late nineties, the United Nations came together for a Millennium summit. The summit in New York set out eight goals for the international community in the fight against, among others things, poverty, hunger, AIDs and global warming. These became known as the Millennium Development Goals or MDGs.

Last year the UN once again reconvened to develop the follow-on from the MDGs, which expired in 2015. Learning the lessons from the successes and failures of the MDGs and while reflecting on the challenges facing the world today, the UN decided on 17 new goals for 2030: the Sustainable Development Goals (SDGs).

The SDGs drew upon the previous goals and added other targets such as reducing inequality, responsible consumption and production, and sustainable living. However, there was one vital addition this time around.

Finally, the global community has recognised that ending poverty, hunger, and climate change is not possible without tackling the instability and weak governance which lays at the root of almost all of the major challenges we face. For the first time the goals include promises to end corruption.

This is a big leap forward from 2000. Goal 16 – which pledges a peaceful world, one with access to justice and open and accountable institutions – recognises that good governance is essential for good development. We know that widespread bribery is associated with higher maternal mortality and more children dying before they even reach the age of five. In the poorest countries, one out of every two people has to pay a bribe to access basic services like education, healthcare and water. 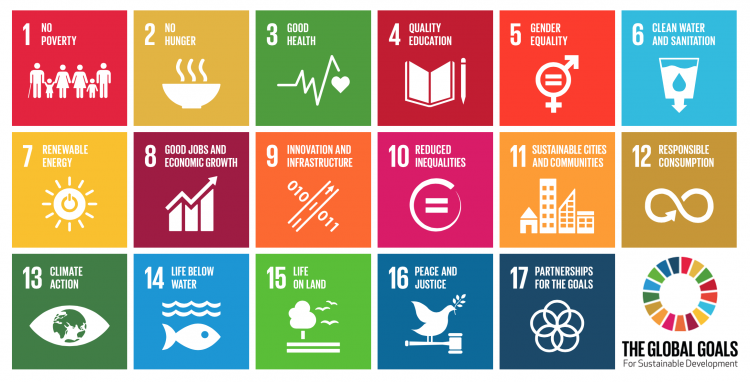 The European Union is a signatory to the UN deal and will publish their plans for implementing these goals in June. From the beginning of the process of developing the SDGs, we at Transparency International have been calling for the involvement of, and monitoring by, civil society. Governments and international organisations alone cannot achieve the implementation of these vital targets.

That’s why we at Transparency International EU along with 25 other organisations are calling on the EU and its Member States to implement the SDGs. For that to happen the EU must develop an overarching Sustainable Development Strategy, a timeline and a concrete implementation plan. The EU cannot cherry-pick the easiest or preferred goals according to the political fashion of the time. The EU must aim for the highest ambition in all the targets.

For these goals to be achieved the EU must make its decisions on the SDGs in a transparent and open way, which provides amble opportunity for consultation with all relevant stakeholders. To make the SDGs work they need to be designed around strong monitoring, review and accountability mechanisms, all of which must include civil society.

The aim of the SDGs is to create a world free from poverty, where all children are in school and in good health; where climate change is properly handled; where there is good governance and justice for all. But this will not be achieved without tackling corruption and weak governance. That is why all of us, from the UN and the EU, to governments, to civil society, the media and the individual have a responsibility to implement these goals.

We at Transparency International will play our role in monitoring, advising and assessing the EU, the UN and national governments. All of the goals are intertwined and only by tackling corruption can we hope to achieve an end to hunger, poverty and inequality. It’s all of our responsibility to make these goals a reality by 2030.

Fighting corruption for a sustainable future