This recipe shows some of the tricks and tools that people and corporations can use to hide assets and avoid tax. While the methods differ between places and people, company and individual these are some of the most common ways that are used to hide wealth. The Lux Leaks, Panama Papers, Bahama Leaks and Laundromat scandals have all featured some or all of these ingredients.

This recipe will guarantee you can hide your wealth under delicious layers of sweet secrecy.

A cup of secrecy 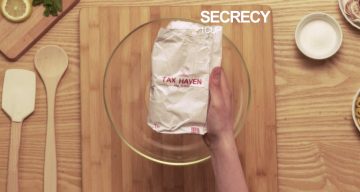 Secrecy jurisdictions are territories, including cities, states, provinces and countries that encourage the relocation of otherwise foreign economic and financial transactions through strong privacy protection rules. These jurisdictions ensure that the identity of those relocating their money through them cannot be disclosed. This often undermines legislation and regulation of another jurisdiction. Many secrecy jurisdictions are also tax havens. The EU is currently working on developing its own list of tax havens.

Add a pinch of low or zero tax rates 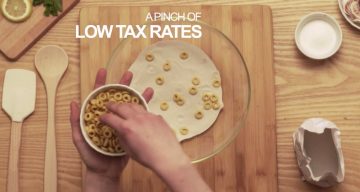 Beside the element of secrecy, a further feature of many of these jurisdictions is offering attractive tax rates, which may be as low as 0%. These favourable conditions are usually granted to non-residents, be it companies or individuals, whose wealth was generated through activities undertaken elsewhere. The advantages that these jurisdictions offer may be very different, but their common trait is a lack of transparency. 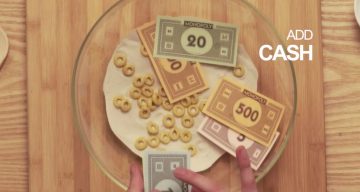 Money laundering is the process of concealing the origin, ownership or destination of illegally or dishonestly obtained money by hiding it within legitimate economic activities to make them appear legal.

However, illegally gotten cash is not the only money that is channeled behind layers of secrecy. Legally earned profits can be hidden too.

Tax evasion is the illegal non-payment or under-payment of taxes, usually by deliberately making a false declaration or no declaration to tax authorities – such as by declaring less income, profits or gains than the amounts actually earned, or by overstating deductions. It entails criminal or civil legal penalties.

Tax avoidance is the legal practice of seeking to minimise a tax bill by taking advantage of a loophole or exception to the rules, or adopting an unintended interpretation of the tax code. It usually refers to the practice of seeking to avoid paying tax by adhering to the letter of the law but opposed to the spirit of the law. Proving intention is difficult; therefore the dividing line between avoidance and evasion is often unclear. 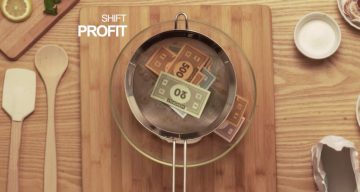 The term “profit shifting” refers to tax planning strategies used by multinational companies that exploit gaps and loopholes in the global tax system to artificially move their profits to jurisdictions with low or zero tax where there is little or no economic activity.

One of these techniques is through transfer mispricing. Transfer pricing is the process through which parent companies and/or subsidiaries of the same parent, in different countries, establish a price for goods or services between themselves. However, transfer mispricing is the abusive manipulation of this process for the purpose of avoiding or reducing taxes across all entities. This takes place when related firms agree to manipulate the price of their internal transactions in order to declare less profit in higher-tax jurisdictions and therefore reduce their total tax payments. It deliberately generates profit and hides or accumulates money in the jurisdiction where the tax bill is low.

Add a cup of shell companies 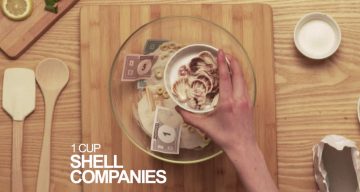 A shell company or corporation is a limited liability entity having no physical presence in their jurisdiction, no employees and no commercial activity. It is usually located in a tax haven or secrecy jurisdiction and its main or sole purpose is to insulate the real beneficial owner from taxes, disclosure to authorities or both. 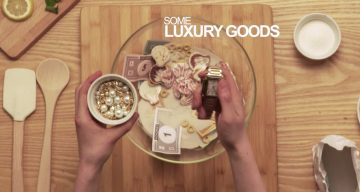 Luxury goods such as sports cars, jewelry, art, yachts and watches can all be used to launder money. Some high-value goods such as jewelry, precious stones, art and luxury accessories are easily transportable. Others, such as luxury real estate and super-yachts have been associated with the use of anonymous shell companies or intermediaries to purchase and manage these assets, which are significant red flags to the potential use of corrupt money. To these risks are added the traditions of discretion and confidentiality, which are present across virtually all luxury sectors, and represent a major money laundering risk. You can read more in the latest Transparency International Report on Luxury Goods.

A sprinkle of real estate 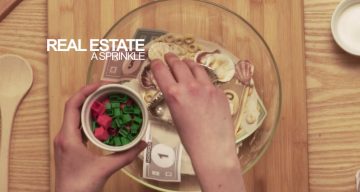 Real estate has long provided a way for individuals to secretly launder or invest stolen money and other illicitly gained funds. According to the Financial Action Task Force (FATF), real estate accounted for up to 30 per cent of criminal assets confiscated worldwide between 2011 and 2013.

Not only do expensive apartments in New York, London or Sydney raise the social status of their owners and allow them to live in luxury, they are also an easy and convenient place to hide hundreds of millions of dollars from criminal investigators, tax authorities or others tracking criminal behaviour and the proceeds of crime. You can read more in the latest Transparency International Report on Real Estate.

Mix with the help of lawyers, bankers and accountants 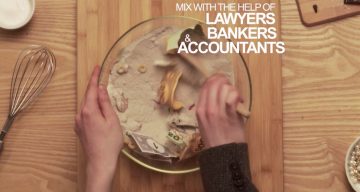 The Panama Papers highlighted the role played by financial intermediaries and professional enablers such as lawyers, bankers and accountants in facilitating money laundering and tax evasion.  Transparency International has identified significant problems with those professions not doing their jobs on complying with anti-money laundering rules, including reporting suspicious activities to public authorities. You can read more in our latest Transparency International Report ‘Under the Shell: Ending Money Laundering in Europe’.

Add a group of frontmen 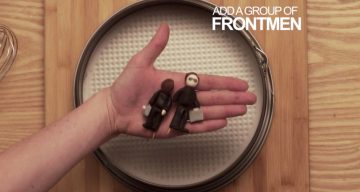 Frontmen or “nominees” act as the legal manager, owner or shareholder of limited companies or assets. They act on behalf of the real manager, owner or shareholder of these entities. These nominees obscure the reality of who is really operating or benefiting from the company and are often used when the beneficial owners do not wish to disclose their identity or role in the company.

Now hide your wealth under layers of secrecy 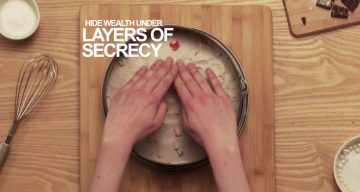 Multinational groups have subsidiaries and operations in many different parts of the world. However, these subsidiaries are often invisible. Multinational companies publish information and report on their activities and payments as if they were one global entity despite not operating and being taxed this way. This has strong impacts on the societies these companies operate in, as not knowing where they are located makes it impossible to track how much they contribute to the governments of these countries, in the form of taxes and other payments. You can read more in Transparency International Report ‘Transparency in Corporate Reporting: Assessing Emerging Market Multinationals (2016)‘.

Money laundering schemes also commonly involve structuring complex networks of shell companies and trusts layered across multiple jurisdictions. This is another way to further obscure the identity of the ultimate beneficial owner, i.e. the person who has real  ownership or control over the money or assets.

Transparency International EU is advocating for two measures that would increase transparency over these magic recipes: beneficial ownership transparency and public country-by-country reporting. If adopted, they would make it more difficult for individuals and companies to hide their wealth. 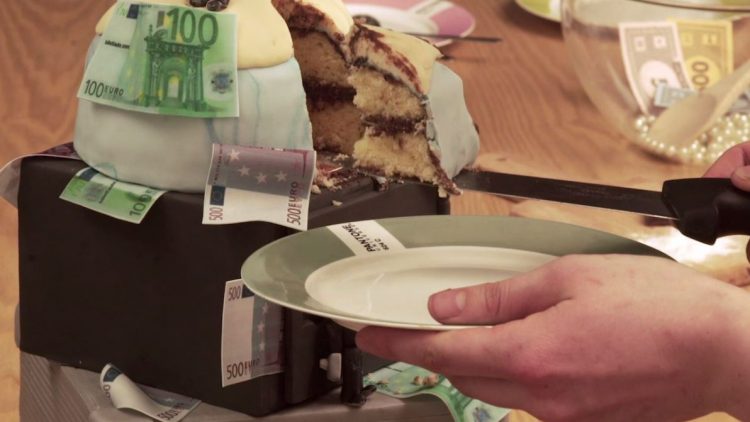 This report assesses the national anti-money laundering framework in six European countries: Czech Republic, Italy, Luxembourg, the Netherlands, Portugal and Slovenia. It focuses on beneficial ownership transparency, a key aspect of the fight against money laundering and corporate secrecy.