When former Ukrainian President Viktor Yanukovych fled the country at the end of the Maidan revolution protestors in 2014, activists and citizens visited his now abandoned Mezhyhirya mansion. What they witnessed was the shear amount of wealth that Yanukovych had seemingly acquired through corruption. Classic cars, a personal zoo and a full-size replica Spanish Galleon were all very visceral examples of how a corrupt elite have stolen so much from the Ukrainian people.

It’s been three years, a change of government and billions of euros of international aid since the flames of Maidan. Yet in 2015 only $3,813 of stolen assets were recovered. And in 2016 only $5,683 has been recovered. Repeatedly, major donors like the IMF, the US and the EU have come forwards to express serious concerns about Ukraine’s progress in fighting corruption and threatened to pull their funding from the heavily indebted country.

The Ukrainian authorities have made some important steps in preventing corruption, such as the creation of the National Anti-Corruption Bureau (NABU), mandatory public asset declarations for public officials and the roll-out of the ProZorro e-procurement system. However, there has been little in the way of success stories when it comes to recovering stolen assets at home and abroad. 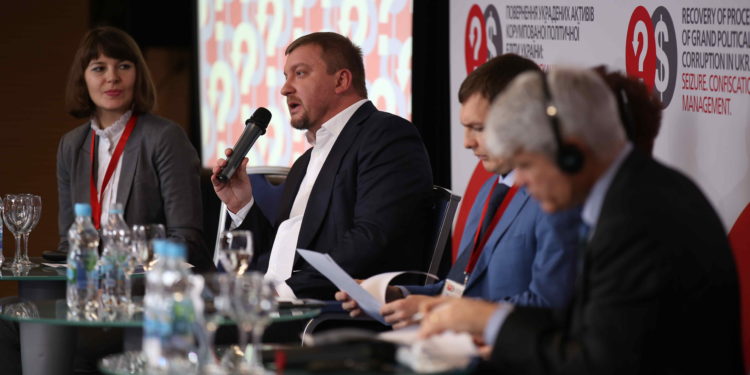 Pavlo Petrenko, Minister of Justice speaking at the Third Annual Recovery of Proceeds of Grand Political Corruption in Ukraine conference on December 15 2016

The most well established measure for retrieving stolen assets from abroad is mutual legal assistance, which is legal tool where by a court or law enforcement agency in one country can ask a court in another to freeze the assets of an individual or company pending trial and then be repatriated to the claimant. This tool has been traditionally quite successful in returning stolen assets in cases of corruption.

However, legal systems are different in different countries and therefore in order for mutual legal assistance to operate effectively there needs to be a degree of harmonization between the processes in both jurisdictions and time for things like translation. At present a court order to seize assets in Ukraine is only valid for one month. Given the time it takes to translate documents and process claims across borders this is clearly a massive hindrance to Ukraine retrieving stolen assets in places like Europe.

Short court orders is just one example of how Ukraine’s judicial system is in dire need of reform. An underfunded, untrusted and overwhelmed judiciary stands in the way of asset recovery. According to one investigative judge at the Third Annual Recovery of Proceeds of Grand Political Corruption in Ukraine conference on December 15 & 16 2016, around 200 Ukrainian courts have just one judge, whom then must judge criminal, civil and commercial cases.

A new and specialised anti-corruption court could provide the answer. A court focused on corruption and criminal procedures would be able to review cases quickly and if composed of newly trained staff it could improve trust in the legal process, in a country where 61% of people think judges and courts are corrupt. 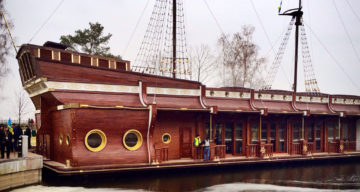 Shortly after Yanukovych fled into exile, supposedly into the quiet and cozy Moscow suburbs, the EU used the unusual tool of sanctions and asset freezes against dozens of ex-Ukrainian officials on the grounds of the misappropriation of state funds. This highly political move was designed to give the new government breathing room and preserve some of the $7.5 billion dollars that Yanukovych and his cronies are alleged to have stolen.

While this sent a message from Brussels that the EU was willing to help, sanctions against individuals for misappropriation are difficult to hold up in court, and the European Court of Justice has already ruled against several cases. The sanctions department of the External Action Service (EEAS) has to rely on documents provided by the Ukrainian authorities to prove misappropriation, which cannot be verified without the aid of the very same authorities. These documents have since proven easy targets for slick lawyers operating on behalf of those on the sanctions list.

Secondly, sanctions are a tool which requires the political agreement of 28 EU foreign ministers and have only been used in special circumstances. To use sanctions on a regular basis would require a major overhaul of how EU foreign policy operates and an increase in resources and mandate for the EEAS. In today’s political climate, however nice a thought for anti-corruption campaigners, it seems unlikely that we’ll see the EU throwing sanctions on every third country national who’s been stealing from their own state.

However, what the EU can do is ensure it keeps up the existing sanctions, subject to legal proceedings of course, against Ukrainian ex-officials, buying Ukraine time to improve the efficiency of the judiciary, create an anti-corruption court and build strong legal cases against those who are thought to have stolen public funds. Then Ukraine can use the more tried and tested method of mutual legal assistance requests. The EU and other international actors should also continue to provide technical assistance throughout this reform process.

Asset recovery would not just show Ukraine’s commitment to overcoming corruption, it would also provide the national budget with a much needed source of revenue to help rebuild the country. And perhaps most importantly it will send a message to those still stealing from the state that it’s time for justice.