A combination of deterioration in the rule of law and continuing corruption problems continue to make headlines on Central and Eastern Europe (CEE), both in EU member and partner states. New Transparency International research, based on an extensive survey of 15 CEE states (5 EU members and 10 partner and accession states), suggests that the rule of law crisis extends to an area that is not often considered: defence and security.

Across Central and Eastern Europe, deterioration in democratic governance – from weakening parliamentary oversight to restrictions in access to information, lack of protection for whistleblowers, and fragmented and opaque defence procurement processes favouring single-sourcing of supplies – is threatening the legitimacy and effectiveness of defence and security forces and exposing them to increasing corruption risks. Six states surveyed exhibit a high level of corruption risks (this includes Hungary, an EU member state) and seven are in the ‘moderate risk’ category; only one EU member state, Latvia, has been classified as exhibiting a low risk of defence corruption.

Corruption and weak defence governance are dangerous, divisive, and costly. The sector is frequently one of the largest areas of government expenditure and countries in the CEE region are no exception to that. Defence budgets have been increasing across the region, reaching US$105 billion in 2019 (including Russia’s US$65 billion) and the 15 countries analysed accounting for about a quarter of that expenditure. Lithuania and Latvia increased military spending by 232 per cent and 176 per cent respectively between 2010 and 2019, and Poland by 51 per cent over the same period. Armenia and Azerbaijan consistently spend close to 4% of GDP on defence and are among the most militarised countries in the world, while Ukraine’s budget effectively doubled since 2014. Increasing means combined with decreasing oversight multiply opportunities for corruption, decrease defence potential, waste money and take resources away from other areas of government expenditure.

Parliamentary oversight and access to information laws could provide a layer of verification that would make these processes somewhat less risky. But defence procurement is frequently not subject to oversight, parliamentary or otherwise, or oversight itself has been atrophying. In Poland, Hungary, and most partner and accession states, legislatures have been aligning themselves with the executive, failing to scrutinise budgets and oversee their implementation. The political alignment has been exacerbated by lack of expertise in parliamentary committees and poor cooperation with national audit bodies, which are often under-resourced and influenced by the executive.

Access to information is similarly becoming a luxury. In Hungary, the government has made it harder to access information by skewing the rules in favour of public bodies and imposing new fees on those who lodge requests. In Estonia, the 2013 access to information act contained 7 exceptions, with 1 related to defence; by 2018, there were 26 exceptions, with 7 related to defence. Just three of the 15 states we assessed – Lithuania, Latvia and Georgia – have been responding to freedom of requests promptly and mostly in full.

Defence and security is seen as an area of exclusive member state competence: Article 346 of the TFEU exempts sensitive national security matters from the EU’s provisions and many EU laws, such as the 2019 Directive on the protection of whistleblowers, do not apply to the sector. But the EU has been making forays into defence, especially where the functioning of the common market was at stake. The 2009 Defence Procurement Directive, for example, was an effort to limit the frequently blanket exceptions on arms procurement to specific and justified cases, and to limit the use of single-sourcing and negotiated procurement procedures, which limit competition.

The Union is also poised to exert a greater influence over the area during the next MFF through the European Defence Fund (EDF), operated by the Commission and aimed at fostering innovation; and the European Peace Facility (EPF), a Council-level mechanism funding overseas military deployments and assistance to security forces in partner states. The governance of both member state and partner defence sectors is therefore of keen interest to the EU, partly because of the impact on the internal market and partly because badly governed and managed armed forces do not act well in operations under the EU flag or make good recipients of assistance. Providing equipment to forces with weak civilian oversight and unclear procurement and planning systems risks not only wasting resources, but also contributing to the erosion of their democratic legitimacy, hitting the EU itself by ricochet.

Stepping into the defence and security sector is likely to be fraught with political risks and questions about legitimacy, but the EU can still matter. It could double up on enforcing the Defence Procurement Directive, insisting that states provide justifications where defence procurement is exempted from regular procedures and pushing for some form of oversight to be applied even to classified processes. The accession process also touches upon issues relevant to the sector, from performance of audit institutions to budgetary reform, and all of that can indirectly help improve defence governance. With the current research pointing to major problems with defence governance among member states and partners alike, this is not a time to step back. 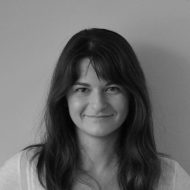