The next seven-year European Union (EU) budget – the ‘MFF’ – and COVID-19 recovery funds are at risk of abuse unless open, data-driven and participatory oversight mechanisms to protect public contracts are put in place, said 27 civil society organisations in a joint address to EU leaders ahead of an important European Council meeting this week.

In addition to the ‘rule of law mechanism’ currently negotiated in Brussels, civil society groups from across the EU urge the European Council, Parliament and the Commission to prioritise anti-fraud and anti-corruption measures for the funds that will be disbursed through the next round of financing.

The proposals from civil society follows the calls for guarantees that the next EU budget benefits the people who depend on these funds from leaders of the four largest political groups in the European Parliament.

The need to spend an unprecedented budget of almost €2 trillion comes with significant risks of mismanagement, misappropriation and fraud, which are only accelerated by the COVID-19 pandemic.

The upcoming MFF and Next Generation EU funds “must fund progress and the common good; they should not fund politics or the pockets of the corrupt,” the civil society letter reads. Signatories ask EU leaders to complement ambitious financing plans with anti-corruption provisions, measures to increase the amount and quality of public contracting data as well as participatory control mechanisms.

“EU leaders should consider embedding independent, real-time monitoring mechanisms for major public works projects through tools such as ‘Integrity Pacts’ in the next round of financing,” said Delia Ferreira Rubio, Chair of Transparency International. “There is emerging evidence that Integrity Pacts help protect EU funds from corruption and fraud. Through working closely with affected communities, local civil society groups can help EU citizens themselves to become guardians of important public contracts that are meant to improve their lives,” continued Rubio.

Civil society has a significant role to play in protecting EU funds so long as crucial data is publicly available. In 2018, Transparency International Czech Republic, based on Slovakia’s public register of beneficial owners of companies, discovered that the Czech Prime Minister Andrej Babiš appeared to be the ultimate owner of a trust receiving EU agricultural subsidies. His conflict of interest has been confirmed by the European Commission and the European Parliament.

“The EU can not only set a precedent for economic recovery. It should also become the global reference on open, participatory and effective oversight, that safeguards public resources from fraud and corruption,” concludes the letter.

Read the letter in full here. 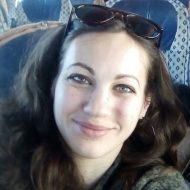