12 things the EU can do NOW to help Ukraine

Putin’s Russia is waging an illegal war against Ukraine. This war was not initiated by the Russian people, who are fed a daily diet of lies and disinformation and who were made to believe that Ukraine would welcome being “rescued”. This is a war instigated by Putin alone, with the support of his corrupt political and oligarch elite. In response, the EU is now holding out the prospect of even closer cooperation and integration with Ukraine. That is a long-term path full of obstacles – obstacles that can and will be overcome if the political will is there on both sides. But there is also much the EU can do in the short and medium term to stop Putin and his cronies, and to help the Ukrainian people. Corruption fuels conflict, not just in Europe but across the world.  The EU and its Western partners have enabled this corruption for far too long. We have enabled Russia’s political and oligarch elite to hide their dirty money in our banks, our real estate, our media, our sports clubs. We need to stop this flow of dirty money NOW, and we need to ensure that the sanctions that have already been adopted cannot be circumvented. These 12 steps are practical ways in which the EU can deal a further blow to Putin and his cronies.

1. Target the sale of luxury goods and diamonds

Over a quarter of diamonds extracted worldwide come from Russia. The USA has already restricted the trade of Russian diamonds. The EU should do the same. Their exclusion from the recent EU package cannot be defended. As luxury goods such as high-end cars, yachts, or precious metals are predominantly consumed by wealthy elites, some of whom are kleptocrats or involved in money laundering or tax evasion schemes, this measure is likely to target the powerful and rich in the country.

The EU-wide ban of flights of Russian owned, registered and controlled planes is only effective if it covers all these vehicles, even if they are on paper owned by a company registered in a secrecy jurisdiction. Yachts controlled and ultimately owned by oligarchs are so far free to enjoy the hospitality of European harbours, these should be seized, as has already started to happen.

3. Expand the EU Magnitsky Sanctions Regime to include corruption

Putin’s Russia is built on corruption, with oligarchs and the political elite enriching themselves at the expense of ordinary Russian people. The EU Global Human Rights Sanctions Regime adopted by the EU in 2020, which has already been deployed against human rights abusers world-wide does not include corruption as grounds for sanctions. This needs to change urgently. The EU needs to follow the example of the UK, the USA and Canada, so that the corrupt elites of kleptocracies, such as Russia and Belarus, can also be targeted.

When corrupt elites hide their wealth in Western countries, they rarely use their own names.  The wealth of individuals and the assets of companies are hidden in complex corporate structures and often loosely regulated trusts, where at the end of the chain we do not know who the real owner of the assets is. This is hampering the effective enforcement of sanctions. Public access to ownership data has proven to be an important tool in fighting corruption. Transparency International has been calling for years for the proper implementation of the 5th EU Anti-Money Laundering Directive. All EU member states need to have a publicly and freely accessible beneficial ownership register. Member states need to make sure that authorities have the necessary resources and powers to verify information provided in the registers and sanction any discrepancies.

Russian oligarchs and the political elite have invested billions of euros in Western real estate. EU member states need to trace and freezes those properties, making sure that oligarchs are not able to buy, use or sell assets. Even the official asset declarations submitted by Russian officials includes ownership of over 28,000 properties abroad. Many of these properties are purchased using anonymous companies and, so far, information on the real individual owners is not available in all member states. Identifying these properties is a challenge that must now be overcome. The EU’s proposed new anti-money laundering rules need to be strengthened further. Beneficial ownership information rules of real estate owned by foreign entities need to apply retroactively so they also cover existing properties. Some member states have no comprehensive digital real estate register with ultimate beneficial ownership information. This information also needs to be verified independently.

We need clear procedures to make sure the ill-gotten assets of oligarchs and criminals are frozen, confiscated and returned. Currently this happens with only a small fraction. Some member states already have mechanisms that allow confiscation of assets without prior criminal convictions, this can be used, and ill-gotten assets can be seized. The responsibility to prove the origin of the wealth should lie with the owner of the asset. Such an approach should be harmonised across the EU. Tracing assets will require better cooperation with third countries, especially with Switzerland and the US. Confiscated assets could be channelled to a special fund to support Russian society, including free media and other independent civil society organisations.

Sports clubs and federations can be used as a vehicle for laundering proceeds from questionable or illicit sources. According to FATF, sport is a market that is easy to penetrate due to its low or absent barriers to entry. Furthermore, the sector is characterised by complicated networks of stakeholders, high transfer sums, and the financial needs of football clubs, among others. We need to stop rich Russians hiding their wealth in the West and exerting undue influence. Investments in sports clubs and federations as well as sponsorship opportunities should be regulated, and state-owned Russian companies should be banned from buying sponsorships.

8. Ban golden passports and regulate the sale of EU residency, rescinding the rights of sanctioned individuals

Some EU member states sell (or used to sell) citizenship or residency rights to wealthy individuals, including many Russians, in returning for a significant investment in their country. This often happened without proper prior checks on the source of their funds. One prominent example is recently sanctioned Duma member Vladimir Blotskiy, who was granted a Hungarian residence permit. In other cases, citizenships were later revoked, as they were issued illegally. The system of golden visas and golden passports is highly problematic. Not only does it undermine the EU’s ability to enforce targeted sanctions, but it also leaves its doors open to dirty money. The EU should ban the sale of golden passports once and for all. Member states should ensure that citizenship or residency rights awarded to sanctioned individuals are immediately revoked.

9. Prohibit the use of the so-called “digital ruble” and other tools designed to circumvent sanctions

The EU should prohibit individuals and companies from using the so-called “digital ruble,” and any other Kremlin-backed or operated virtual currency, as these are tools deliberately built to circumvent sanctions. Anonymous transactions of crypto-assets, including peer-to-peer, should also be banned in the EU.

Hungary should suspend its membership in the Russian-founded International Investment Bank (IIB). This bank is often referred to as the “KGB Bank”, as their diplomatic immunity and wide range of exemptions make it possible to hide their real activities. The IIB is based in Budapest and poses a serious security risk for the EU and its member states. Five other member states have already announced their decision to leave Russian-founded investment banks, as a response to the Russian aggression.

11. Ban EU lobbying by companies and other actors with links to the Russian and Belarusian states

There are currently no measures protecting policy makers from undue influence by third country companies that are state-owned or have close links to the state, such as Gazprom, or by EU organisations financially supported by third countries such as Russia. Six out of the 20 biggest Russian companies from the oil and gas, mining and metallurgical and energy sectors have directly lobbied the EU institutions. Their exact spending cannot be determined, but based on data from the EU transparency register it amounts to at least EUR 2.35 million in Brussels in 2019-2020, and likely a multiple of that amount when also factoring in national capitals. Moreover, exactly how third parties engage in influencing on their behalf remains opaque, as it is often carried out via consultancies, associations or other organisations, as was the case with Nord Stream 2. In light of the current war such lobbying should be banned.

The Kremlin and its bankers have bankrolled EU political parties and campaigns. Sometimes the law permits it, sometimes they have used legal loopholes, with the origin of the funds often being disguised. This practice should be banned across the EU. A third of EU countries still allow forms of foreign financing of political parties. Where bans exist, loopholes often render them ineffective. Malign foreign interests funnel their money through disingenuous third parties, employing influential politicians, giving bank loans, or paying for advertising. These loopholes must be closed in EU and national legislation.

A pdf of the 12 point can be downloaded here. 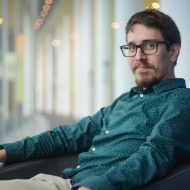