Hanging by a thread: lobby transparency in the European Parliament

On the 6th of December, Members of the Committee on Constitutional Affairs (AFCO) will be asked to improve internal rules of procedure applicable to the European Parliament. This revision contains a provision that will significantly enhance lobby transparency.

Key to the proposal is the obligation for rapporteurs, shadow rapporteurs and committee chairs publish meetings with interest’s representatives on the Parliament’s website. Since these MEPs play a key role in the decision-making process, adopting this rule is vital in order to achieve a comprehensive record of lobbyists’ influence. Having called for such a legislative footprint as far back as 2015, the AFCO committee now has the chance to finally prove that the EU is willing to be transparent and accountable. Though Transparency International EU regrets the removal of a mandatory provision that would make meetings with MEPs conditional upon prior registration in the EU lobby register. This was recently deemed incompatible with their “free mandate” by the Parliament’s own legal service, Members must nevertheless rise to the occasion and vote in favour in the current proposed amendment to show citizens that their concerns matter.

The Parliament itself called on numerous occasions for better regulation of lobbying. MEPs have had the possibility to voluntary and pro-actively publish their lobby meetings since the last reform of the internal rules. Given that only a few have opted to do so demonstrates the inadequacy of the current voluntary mechanism. It is also crucial to remind those opposed to the proposed new amendment that unregulated lobbying affects equality of access to the decision-making process.

Lobby meetings disclosed by the Commission allows journalists, civil society organisations and citizens to have a thorough understanding of which interests seek to exert influence on a given policy. Providing more information will breed more knowledge beyond the Brussels-based sphere, an indispensable stride towards participatory democracy in the EU. Achieving greater lobby transparency can only, in the long run, increase trust in Parliament and give citizens a greater say in the laws that affect them.

Adopting the provision of the report will also ensure that lobbying serves its principal purpose: assisting EU law-makers and their staff members in developing and implementing EU public policies. With elections looming next year, this may well be MEPs last chance to reform lobby regulation and make a long-lasting contribution towards transparency and integrity in public office.

On the 21st of November, Transparency International EU together with the major associations representing EU public affairs professionals (SEAP) and consultancies (SEAP) send a joint letter to MEP urging them to vote in favour of more lobby transparency and highlighting the broad support for reform among Brussels-based lobbyists. 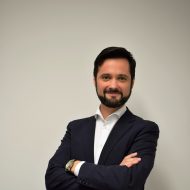