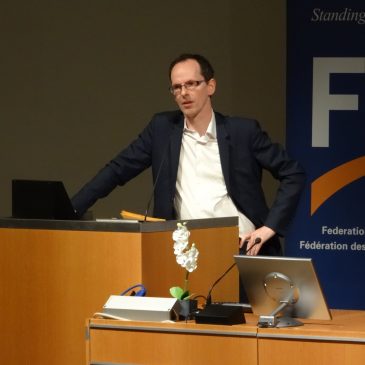 Carl has worked at Transparency International EU since 2011 and became its director in 2013. He has previously worked in UK Research Councils, the European Commission and the European Foundation Centre. He holds degrees in economics and philosophy from University College Dublin (1991-97) and studied and taught political philosophy at the University of Bristol (1999-2002).

Readers of a certain age will be familiar with “A Shot in the Dark”, a comedy caper starring Peter Sellars that was part of the Pink Panther series in the ‘60s and ‘70s. It may seem unlikely starting point for a blog about the European...

EU sanctions for corruption – the fight back starts here

Sometimes – as with yesterday’s narrow Parliament vote in favour of lobby transparency – you ride your luck as an NGO. And sometimes the stars align so perfectly that you suspect there must be more to it than luck. This Sunday, 9...

Far from seeing a step-change in the EU’s efforts to fight fraud and corruption in the intervening seven years, from the point of view of anti-corruption policy, this Commission is doing nothing new and considerably less than the last Commission.
Show all