Photo by Fabian Blank via Unsplash

Since the start of the financial crisis the Eurogroup has dominated the global headlines. How the euro is governed affects us all. Every Eurogroup meeting seems to be a “last chance” to save the euro, or Greece, or Portugal. With stakes this high, it’s vital that we citizens are able to know about the decisions which affect every coin in our pockets. And yet what goes on in Eurogroup meetings is shrouded in secrecy.

So it came as a bit of a surprise yesterday when the Eurogroup decided that detailed agendas will be published ahead of their meetings, as well as better summaries of those meetings. The Eurogroup President, Jeroen Dijsselbloem, said that there is “general support in principle to publish documents as much as possible” and that this is of “prime importance for the legitimacy of our work.”

Dijsselbloem, who is also Dutch Finance Minister, is bringing some of the Dutch Presidency’s focus on transparency to the Eurogroup. But this is no easy task. The Eurogroup is regarded by many as notoriously opaque and unaccountable.

The group is technically an informal club which brings together Finance Ministers from Eurozone countries. Its decisions are of crucial importance, as they are at the heart of economic sovereignty, including fiscal consolidation and structural reforms. At the same time the Eurogroup doubles as the Board of Governors of the European Stability Mechanism which decides on bailouts for indebted countries.

While decisions are taken collectively by the Eurogroup, Member States’ positions are not public. So it is extremely difficult for citizens to hold their Finance Ministers to account over Eurogroup decisions. It would be much more effective to make the Eurogroup accountable as a whole, at the European level. As we’ve seen during the Greek crisis last year, it can come down to trading insults and shifting blame. Governments should stand by their decisions rather than further undermine the legitimacy of the EU economic governance framework.

Yesterday’s improvements in transparency are a good first step, but they fail to address fundamental problems in accountability. Deliberations will remain secret and the summaries of discussions will not be attributable to individual countries, meaning we won’t know who pushed for what. Standard measures the Eurogroup should take to become more transparent and accountable, include:

It is unacceptable that the Council and the Eurogroup in particular, are still deliberating in secret. These crucial decisions cannot be left to backroom deals between Member States.

This is why Transparency International is launching a new project on the transparency and accountability of EU economic governance institutions. More details will follow soon. Watch this space… 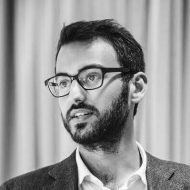