Cashback: How can the EU help in returning stolen assets?

Transparency International EU, the International State Crime Initiative and Open Society Foundations will be hosting a workshop on the role of the EU in stolen asset recovery on

For too long the corrupt have been able to steal from the public purse with impunity. One of the best ways to address this is to prevent people from profiting from the proceeds of corruption. Asset recovery – the process of returning stolen assets to their rightful owners – is the new frontline in the fight against corruption.

What role can the EU play within the framework of its external relations and international cooperation and trade policies? Western countries, including EU member states, have the responsibility not just to return confiscated assets to their nations of origin but also to repatriate these responsibly. Returned assets must not end up back in the hands of corrupt ruling elites, but should serve the citizens of the countries they are taken from.

The workshop will look at two ongoing legal forfeiture cases related to two countries, Uzbekistan and Equatorial Guinea. EU officials, experts and civil society actors will debate what to do with assets once they have been confiscated through due judicial process, and how assets can be responsibly repatriated in states where grand corruption and systemic human rights abuses are rife.

9:30 Registration (coffee will be provided)

10:30 Panel 1: The system of grand corruption in Uzbekistan and Equatorial Guinea, European external relations and how the EU can tackle corruption

12.00 Break (coffee and light lunch will be provided)

Panel 2: Civil forfeiture cases as an opportunity to redress victims of corruption

We look forward to seeing you at the event! 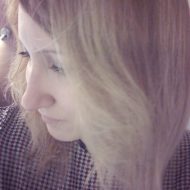