How did the Italian Presidency of the Council of the EU contribute to the fight against corruption? Transparency International finds that while Italy gave a high profile to transparency and anti-corruption over a six month period, national governments failed to show leadership on a majority of key issues.

The Transparency International EU Office and Transparency International Italy are today publishing a Presidency Scorecard evaluating the Council’s commitment to the anti-corruption and transparency agenda under the leadership of Italy in the second half of 2014. The Scorecard shows that despite the best efforts of the Italian Presidency the overall record is mixed: While national governments agreed on reforms to EU anti-money laundering rules, the new rules may deny the public full access to information on the real beneficial owners who control and benefit from anonymous shell companies.

Under the new legislation access to company beneficial ownership data will be granted to law enforcement and relevant government bodies through central registers. Partial access will be provided to the public such as investigative journalists and NGOs if they can prove a legitimate interest. It remains unclear how a legitimate interest will be assessed. For trusts there remain serious concerns over potential loopholes for money launders. The new rules will only cover a small proportion of trusts and the information will only be accessible to national authorities.

“Full transparency of information on corporate ownership is the best way to engage the wider public in the fight against money-laundering and to unmask the corrupt. We have seen time and time again how complex layers of shell companies and trusts are used to disguise the trail of dirty money,” said Carl Dolan, Director of the Transparency International EU. “We urge the Italian government and other national governments to go beyond the standard set in the EU directive by ensuring full public access and closing potential loopholes.” 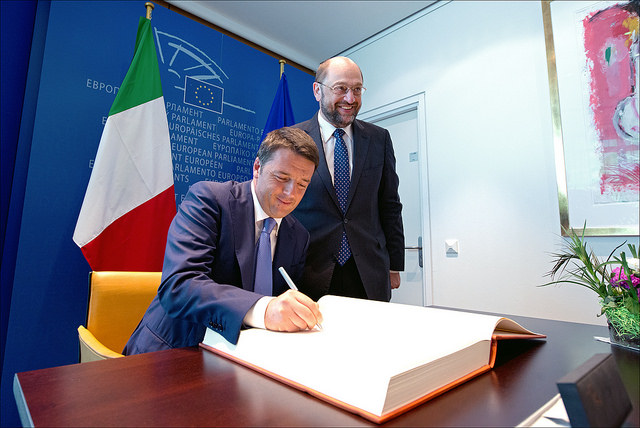 On the Transatlantic Trade and Investment Partnership (TTIP), the Italian Presidency succeeded in convincing Member States in the Council to declassify the negotiating mandate, which constituted a crucial step towards enabling meaningful public scrutiny and increased the transparency of the negotiating process in line with the transparency-focused approach of the Juncker Commission. However, there has been no discussion about the inclusion of an anti-corruption chapter in the agreement, something which Transparency International has recommended.

The Scorecard released today aims to shine a light on decision making in the EU Council. It is the result of a joint evaluation by the Transparency International EU and Transparency Italy between July and December 2014. You can find the summary Scorecard here and a more in-depth version here.